This blog is about our travels in our solar powered "Airstream" and living off grid, in our passive solar home, near Bancroft, Ontario, Canada.

If you have any questions send us a comment; we love to hear from our readers.
Click on pictures for larger view 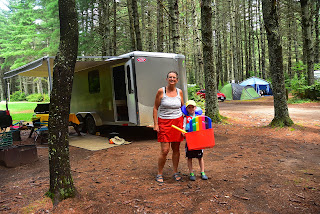 Last Friday we headed north to Algonquin Park as Owen wanted to do more camping before summer ends. He thought the same kids might still be on the beach but of course there was a whole new group of campers. Here he is ready with his beach toys to head down to the water. 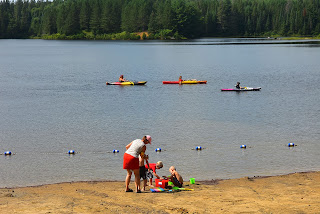 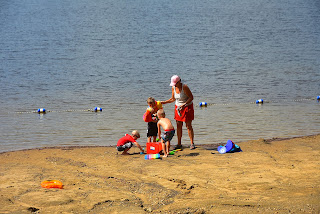 He was soon busy with new friends building castles in the sand. 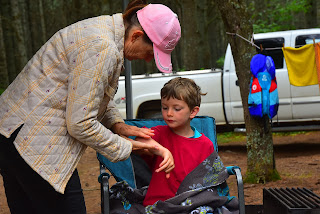 Back at camp Oma had to look after those inevitable mosquito bites. They do seem to pick on Owen. 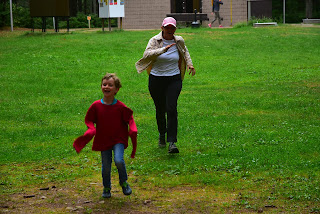 Racing Oma across the field was always fun, especially when Owen won. 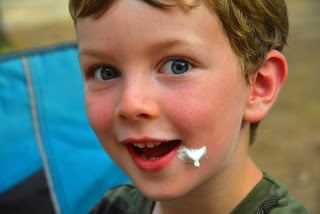 Eating smores and leaving some on your face was another reason to smile. 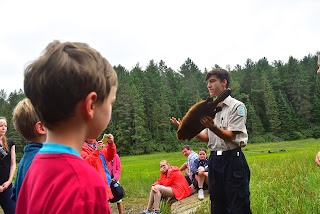 Friday evening we attended the outdoor theater where we learned about black bears in Algonquin and also heard about a conducted hike around the beaver pond Saturday morning. Owen immediately asked if we could go. 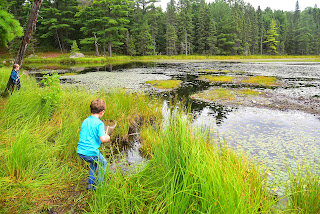 The chance to collect bugs was the reason Owen was so excited about the hike. 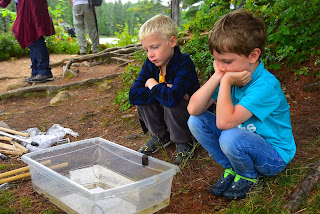 All the bugs were placed in a pan full of water so the kids could get a close look at them. 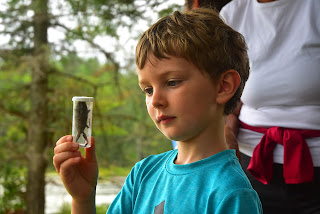 Some bugs were placed in pill boxes to avoid any nasty bites. 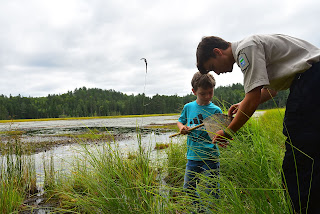 The naturalists were so good to explain what was caught and its role in the life-cycle of the pond. 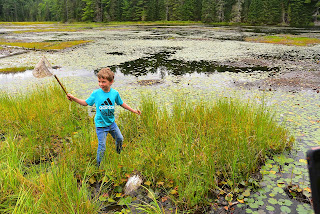 Wet feet didn't matter as long as you caught bugs. This little island of floating sphagnum looked like the perfect habitat for frogs. 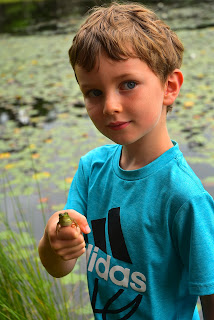 Holding a slimy frog is no problem when you are six, as for me I'll take pictures and let Owen hold the frog. 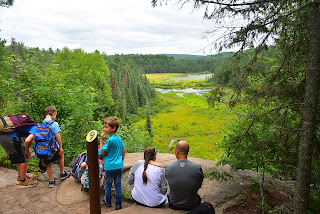 Owen had so much fun he was all set to do the hike again the next day. Fortunately we convinced him there were other hikes, but that's enough blogging for now.

Stay safe and thanks for stopping by. 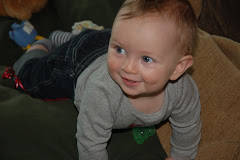 Meet Owen our grandson whom we love dearly, born April 18th. You can see him on Sherri's Blog top right.

Art and Mary
Bancroft, Ontario, Canada
We are two retired Canadians living in an off grid passive solar home near Bancroft, Ontario. This is all new to us and we are surprised at how comfortable the house is regardless of the temperature outside. When not home we are usually travelling and exploring North America. We just bought a cargo trailer we plan to convert to a camper for our travels. Mary loves to quilt and Art enjoys photography. We both enjoy camping, hiking, canoeing, travelling and cross-country skiing. Come along with us and share our adventures as we experience life off the grid and down the road.